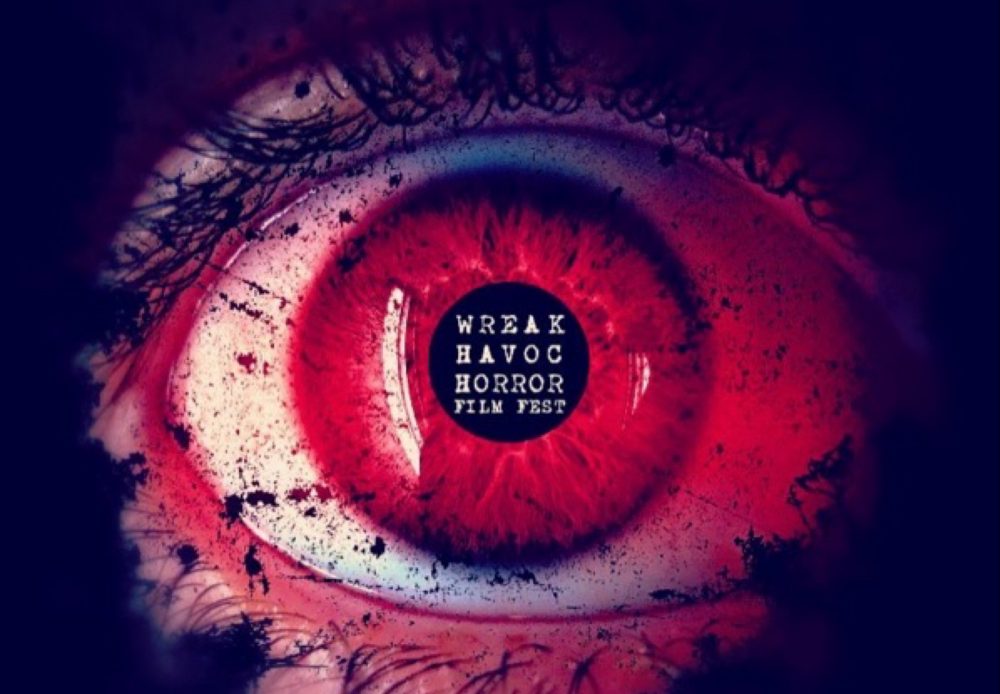 2019 marked the fifth year of the Triad’s premiere horror film festival bringing the best of the new and upcoming horror writers and directors. Wreak Havoc worked in collaboration with RED Cinemas for our milestone anniversary to bring a new je ne sais quoi to the beloved festival. 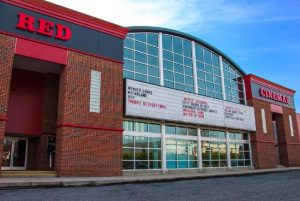 For the first time ever WH was able to double our horror aficionados’ choices by screening both short collections and feature presentations in separate theaters with state-of-the-art sound systems and projectors. The stadium-seating and comfortable chairs were a bonus too. We still had all the other usual amenities like popcorn, candy, and beer. But if you were werewolf-level hangry Burger Warfare delivered their hot, tasty meals both nights. 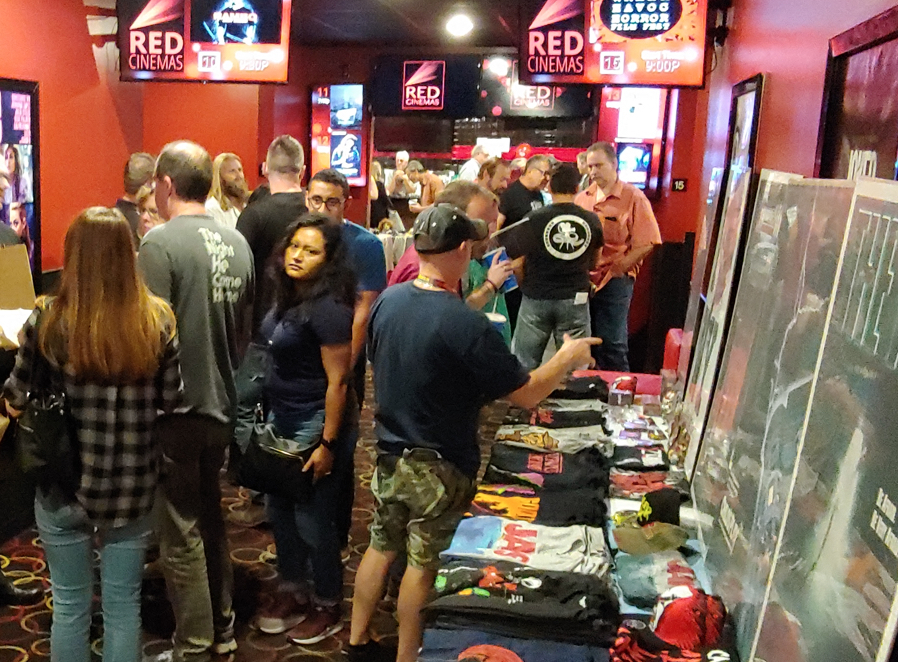 “One of the greatest benefits we received when we moved was the use of the lobby complete with small benches, pub tables, and chairs. Between films and during breaks it was a fantastic use of space as horror-makers and fans mingled and shared laughs and love for all that is scary,” said Jacob Allen, festival judge. 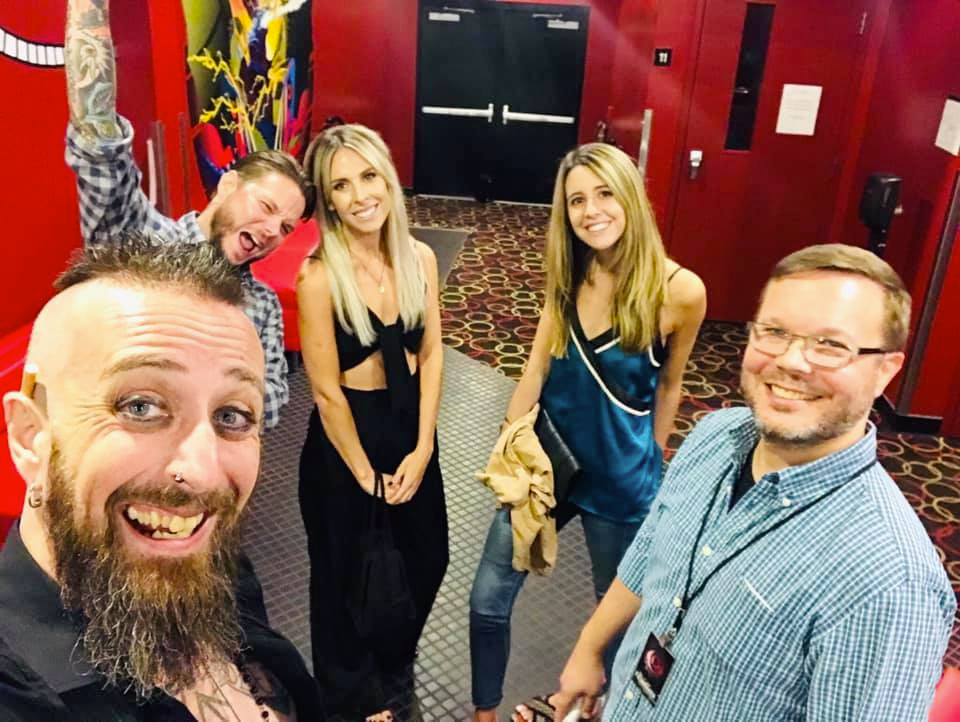 WH always likes to bring back our favorite vendors but this year the expanded lobby provided us the extra space to include Jennifer (Forgotten Misfits) Alderman, Dwayne (Vision Quest’s) Newby, and Dan (Cemetary Plots) Johnson making it the premiere place for socializing and buying the best of the macabre and storytelling gruesomeness. 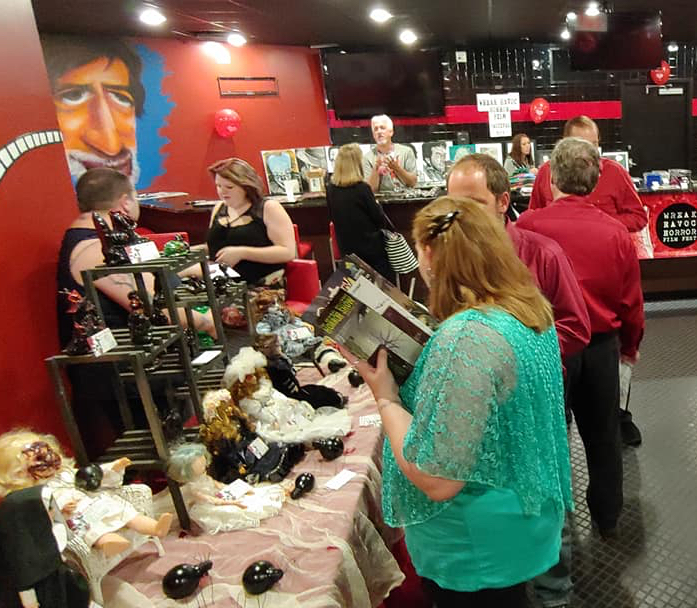 “Exposure isn’t just important to the filmmakers and actors but for the festival itself.  It’s a way for Wreak Havoc to insure more submissions, better submissions, and give new filmmakers an excited, horror-loving audience. Each of those rely on each other. Making decisions about the Wreak Havoc Horror Film Festival is about the here and now, but it’s also about the kind of exposure that will bring fans to the festival ten years from now,” says Annie Titus, the festival’s marketing director.

Wreak Havoc attendance was at an all time high with both WH veterans and newbies, as well as a host of filmmakers that wanted a ring-side seat as our audience watched their films play on the big screen. Chad Hunt, a seasoned film judge, was impressed with the festival turnout. “It’s nice when you see the hard work pay off and everyone having a great time. Good grief, it even attracted film go-ers that came to see Rambo and the Linda Rondstat movie.” And Chad wasn’t alone in his surprise or excitement that the festival was getting foot traffic from other RED patrons. 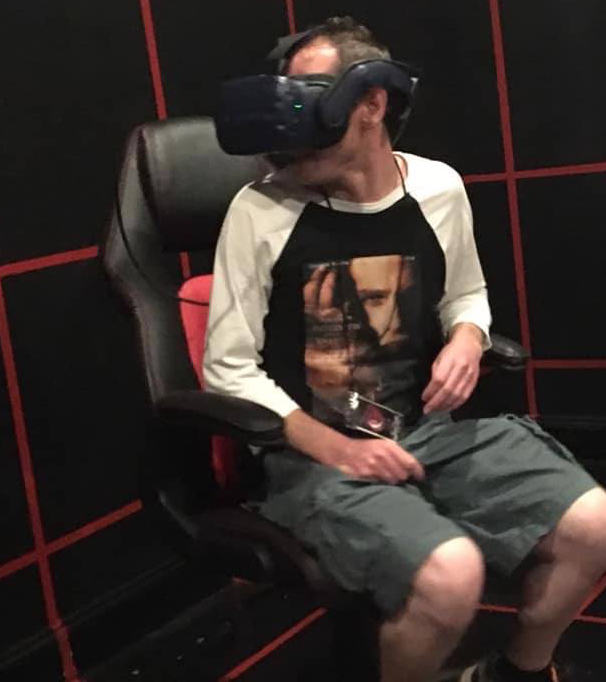 WHHFF was created and curated with horror-lovers in mind, but also aspiring filmmakers. Sometimes they’re the biggest fans!

Directors Dan Sellers and Sammie Cassell understand this first-hand and work hard to organize the films. They frequently communicate with filmmakers to insure they are welcomed warmly and that any extra accommodations are met. Because of the extra work and attention to detail, Sellers and Cassell made it possible for festival go-ers to  experience two virtual horror films at the festival.

It is that hard work and attention to detail that makes filmmakers like Scott (Flesher, Echoes of the Past) Johnson annual contributors.   “This is a fun festival to attend. I have been multiple years and enjoyed myself each time. Dan and Sammie are great hosts that are very attentive to your needs. North Carolina has a large number of film communities that show up and they are all very friendly and engaging. You really feel like part of a group by the time the festival ends. The new location (Red Cinemas) is convenient (parking, food, drinks) and I liked seeing films in a real theater with good sound and nice seating. Overall, a very enjoyable festival that I would recommend for anyone thinking about submitting.”

The WHHFF doesn’t just show the best new horror features and shorts, we also award those who surprised us with parts of their productions. Whether it be the music, the special effects, or the performances of an actor or actress, we at Wreak Havoc like to call special attention to the films that really made an impression with our judges. This year we had the pleasure of awarding films and encourage all of our fans to try and check out these WHHFF award-winners!

Every year Wreak Havoc does its best to curate and host a festival better than the last. In order to improve and meet filmgoers expectations, we always needs to hear from our audience. We need to know if we have satisfied your expectations and scratched that horror-loving itch! And we also know there’s room for improvements and want to hear when the festival didn’t deliver. Please reach out to us any time, we will welcome the opportunity to hear from you!