First of all, in these crazy times, if you’re reading this, I hope you’re safe and healthy. 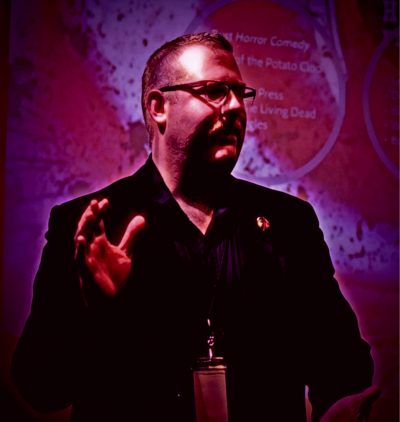 Secondly, thank you for supporting us and keeping updated on our many projects.  As with the rest of the world, COVID-19 has disrupted our schedules and kept our planning to a minimum while we try to remain flexible.  But alas, we endure!  And we’re grateful to be able to do so.  So I’d like to take a minute to tell you about some of the upcoming projects we’re working on…for your entertainment, of course.

The Wreak Havoc Horror Film Festival is returning for its sixth year and we’re thrilled about the possibilities.  Right now, we’re exploring new and exciting ideas of how to bring you these wonderful films.  We’re not yet ready to make a big announcement, but rest assured, it’ll be soon and it’ll be glorious!

In the meantime, if you’re a filmmaker and you have a film you’d like to send us, we’re accepting submissions until the end of July.  And, if you can send us a submission before the end of June, then you can enjoy a special discounted rate.  Just check out our submission page on Film Freeway for more details.

If you’re a listener of The Carolina Haints Podcast, and I hope that you are, then you’ll be pleased to know that we’re coming back for a fourth season this fall.  Jeffrey Cochran’s hard at work on writing some brilliant stories that will chill you to the bone.  And if that’s not enough, Jeff and I have completed the first draft of The Carolina Haints Book and are currently working through revisions.  We hope to have it in shape to submit to publishers very soon.  So keep checking back with this newsletter for updates and soon you’ll be able to pick up your copy at a bookstore near you.

As always, Sammie Cassell and I are committed to bringing you new and funny episodes of the Wreak Havoc Film Buffs Podcast.  Since we’ve shifted release formats last year, episodes get dropped whenever we’re good and ready, but we plan to have some amazing content ready to share soon.  For instance, we’ve got a fifth volume of the Celebrity Call-In compilations coming soon and we’re hard at work planning another Live Script Reading of another classic film.  As always, we’ll post more information in the coming months here and on our social media accounts…stay tuned. 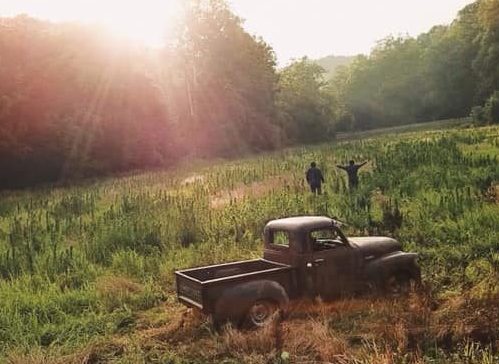 Our latest films, Uncle Otto’s Truck and Sea Salt Wind are on the film festival circuit and I must say, we’re killing it!  Recently Uncle Otto was accepted into the Glasgow Horror Fest in Scotland and we took home awards at the Crimson Screen Horror Film Festival and ConCarolinas. 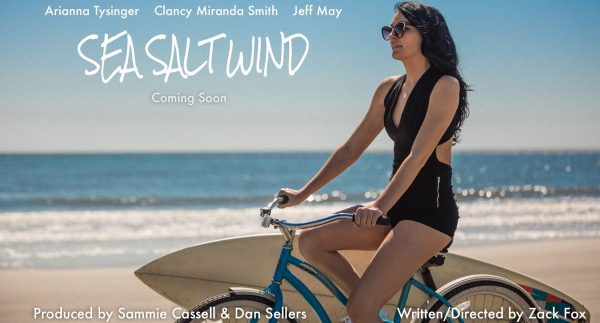 We’re immensely proud of these films and hope you get a chance to see them at a screening near you.

If you’d like to see some of our other films, such as the horror series Midnight Shift and Countdown to Midnight or the true crime documentary, Trouble Will Cause, they’re available Video On Demand to rent or own at Vimeo.com.

Last but not least, we’re working on a few upcoming film projects that I won’t share in detail, but I simply can’t resist telling you a little about.   We’re planning our first micro-short entitled I’m Not Crazy, starring Michael Ray Williams.  Then we’re planning a horror short called The Chatterbox Killer, starring Sammie Cassell and Stephanie Griffin.  We’re teaming up once again with filmmaker, Zack Fox to produce a short drama entitled, Spirit of the Cinema.

Our most ambitious project we’re slated to bring into development is the feature film, horror-comedy, The Boogeyman of Black Mountain, which we hope to take into production next year.

Wow, when I put it that way, I guess we haven’t slowed down much at all.  Wish us luck as we proceed in these troubled times and get back to bringing you the entertainment you deserve.

Thanks again for reading Wreak Havoc All Access and we look forward to seeing you soon at the movies!